A month or so ago I was chatting with Aggie from Aggie's Kitchen on Twitter (follow me there).  We were talking about dinner ideas and it was decided that dinner was going to be sausage, peppers and onions.  But I was feeling real lazy and insisted on doing it in the crock pot.  Neither of us were really sure it would work.  But it did and...

It turned out good.  Really, really good.  So good in fact that I make it that way at least every other week now. 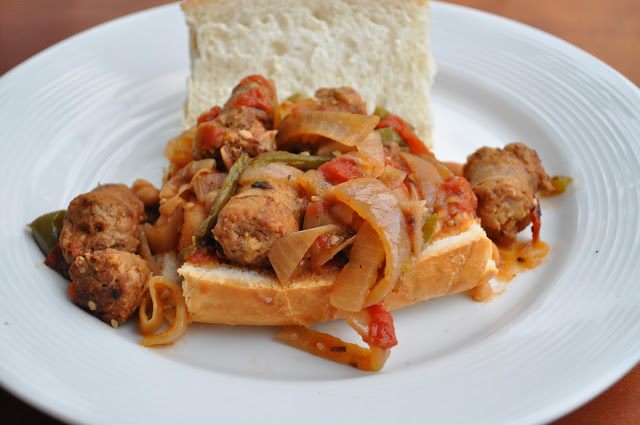 Sausage, Peppers and Onions in the Crock pot

Posted by Judy@nofearentertaining at 12:43 PM 2 comments: